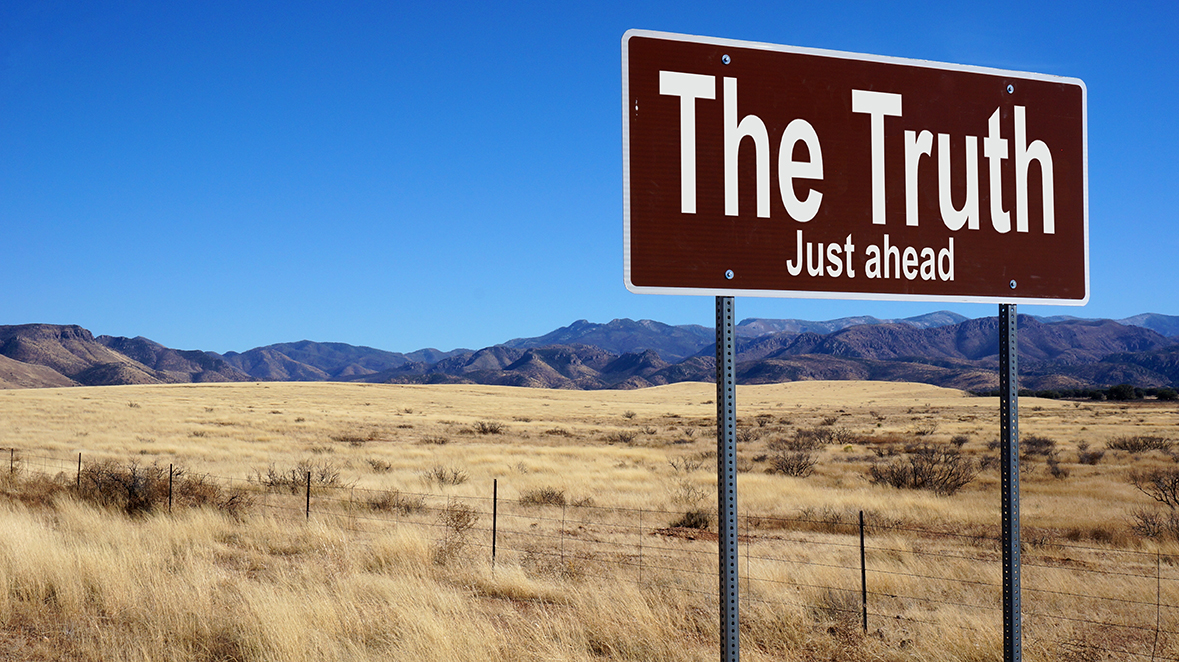 In 2018, truth is increasingly hard to find even as more of us believe we know exactly what it is. It’s a reality that makes marketing your transformational product, service or cause much more difficult. As you craft a message for a skeptical marketplace, success or failure may hinge on how you talk about truth.

Arguing To Learn Or To Win?

I recently read a January 2, 2018 article on Scientific American’s web site entitled, “Are Toxic Political Conversations Changing How We Feel about Objective Truth?” It argues that the social context of a discussion changes “opinions on the deeply philosophical question about whether there is an objective truth at all.” The authors distinguish between arguing to learn and arguing to win. When you argue to learn, you engage in a conversation to work towards an agreement. When you argue to win, you engage in an argument in order to score points and win the argument. Arguing to learn implies a context of relative truth, while arguing to win relies on objective truth.

When Objective Truth is More Effective

There are interesting implications for marketing that are worth exploring. For example, if your goal is to protect market share, promoting objective truth and avoiding discussion of the relative benefits of different products or services may be most effective.

I saw an example of this on Slate.com on January 5, 2018. The article, “@Wendys Is Negging You,” claims that, “Fast food Twitter accounts are now celebrated for understanding internet culture. But they’re embracing its worst parts.”

The author points out that a growing number of consumer brands, including Wendy’s, have created snarky Twitter accounts in the worst of social media’s trolling traditions. “But,” she writes, “the brand loyalty that the company has inspired by being good at Twitter has led to outright celebrations of meanness and pointless tribalism.” According to the Scientific American article, the tribalism may not be so pointless after all.

When Relative Truth is More Effective

However, if your goal is to introduce a new transformational product, service or cause, you might try a relativist message. Language that imposes your objective reality in place of another may cause a prospect to dig in their heels. Use a more nuanced approach to the content at the top and middle of your marketing funnel, for example.

Public discourse is increasingly marked by conversations where you argue to win. Ultimately, your success may hinge on knowing when it is more effective to argue to learn.

About the author : Rob Teplansky