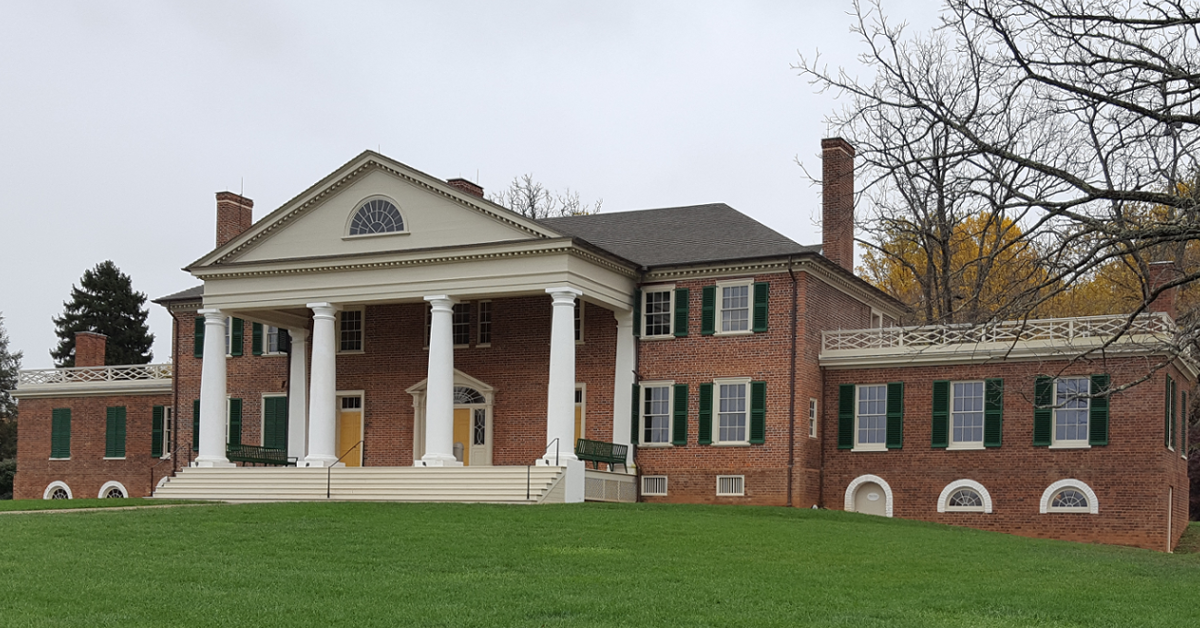 At the beginning of the year, I committed to writing a blog article on every book that I complete during 2018. It’s been a while since my last entry. That is not because I haven’t been reading; I’ve just fallen behind in writing my blog entries. I have three books that I need to add. The first of these is a transformational biography: James Madison, by Ralph Ketchum (1990) (First published in 1975.)

Last October, I took a week-long trip with my wife, Sue, to Shenandoah National Park in Virginia. One day, we took a day trip to Madison’s estate, Montpelier. (I took the photo of James Madison’s Montpelier Estate that is included with this article.) I picked up the book in the gift shop while I was there. The guided tour, the excellent exhibits and the time I spent simply walking around the house and the grounds, all added immensely to my understanding of the man and the time during which he lived.

James Madison and the Founding Fathers

When it comes to the Founding Fathers, James Madison isn’t necessarily the most visible. Washington and Jefferson have their national monuments. John Hancock had his bold signature. Poems were written about Paul Revere. And Hamilton, well, he has his rap-musical…

These were bold Revolutionary War figures, but Madison’s main influence was felt during the nation-building that followed. It’s a period that doesn’t occupy the same legendary status in the minds and hearts of most Americans. I certainly did not have a deep understanding of the importance of this particular – and particularly complex – period of time before reading the book. This is why I found the book transformational. At this inflection point in the history of our nation, I think there are great lessons to be learned from studying the life of James Madison. Here are a couple.

Current public discourse is often disparaging in its regard for people who dedicate their lives to public service, with the notable exception of those who serve in the military. This is unfortunate.  Worse, it’s wrong-headed and dangerous. Washington, Jefferson, Madison, Adams and others were effective precisely because they dedicated their lives to understanding and solving the problems of their day.

In 1776, a twenty-five-year-old James Madison was first elected a Representative of his native Orange County to the general convention that was to assemble in Williamsburg. His career as a public official, “did not end until at age seventy-eight he was a delegate to the Virginia Constitutional Convention of 1829.”

The complexities of daily life, economics, geopolitical realities and even environmental issues increase the need for experts in the public sector. The idea that anyone from the private sector is better qualified to solve public sector problems with no prior knowledge, networks, or experience in these complex arenas is the height of arrogance. Madison threw himself into his studies and his work in these areas with all his energy and commitment. We are so much better for his service and the service of so many others like him over the years.

One of the ideas that had a transformational effect on me as I read the book was the critical importance and weight that Washington, Jefferson and Madison gave to every act, move and decision. They understood that they were setting precedents for future generations, and that their decisions had importance beyond the current expedient. That sort of thinking is losing out in the current political environment where everything is about holding onto and consolidating power.

For Madison, listening, understanding and compromise were critical components of progress. In today’s polarized climate, we have lost sight of this. The result of polarization and rejection of compromise is either deadlock or, potentially, fascism driven by uncompromising extremism.

Madison moved things forward because he understood that progress could be incremental. He had unwavering faith in the concept of Liberal Democracy. His belief in Liberal Democracy is, of course, best represented by his role as the chief architect of the U.S. Constitution.

This article is the sixth in the category, Transformational Books. In 2018, I will write articles on the books that I complete during the year and explain how they had a transformational influence.

About the author : Rob Teplansky